From 2002-2007 I lived on the north coast of Hispaniola, in Cabarete, Dominican Republic. I practiced massage at a destination for European water-sport enthusiasts called Happy Surf. 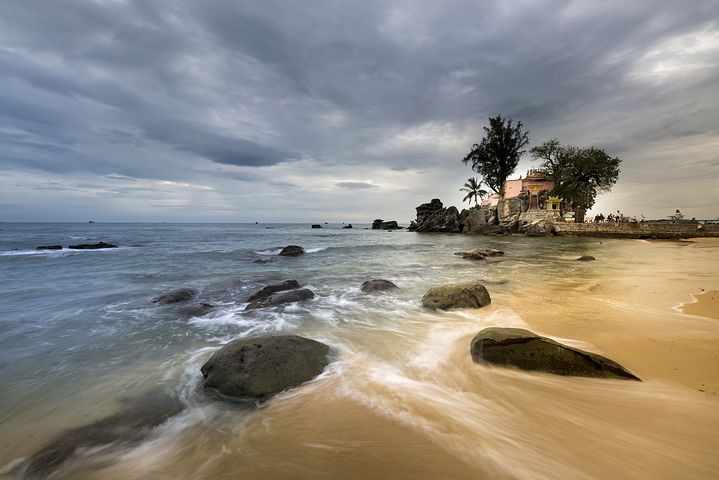 Most mornings I wrote in a journal. Posts in the La Sirena category are adapted from those entries.

You may know that sirena means mermaid. It was intense living at the edge of the open Atlantic. Sometimes in the madness of 3am I heard noises that I knew couldn’t be other than the songs of mermaids.

J. Alfred Prufrock was a great love of my younger life, even though he was quite a bit older. And he worried so much. I still feel a nostalgic affection for him, but it is ruined with a mild sense of pity for him for never having swum with the sea girls,

whereas I eventually did.

PS The image is not of where I lived. I think it’s Thailand. But it FEELS exactly like my home on the beach. With mermaids.