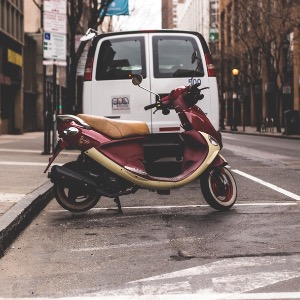 You stole a little moped that we own. Or at least were caught riding it the wrong way on a one-way street. The only time in my life I was summoned to appear in court was because a conscientious detective thought it worth while to press charges so that we could get restitution. That was nice of him, but the aggravation of going to the court house, now three times to Dorchester in traffic on a work day, did not end up being worth the price of the damages to the bike.

You can’t take your cell phone into the court house, so you spend a long time intermittently staring blankly into space or noticing your surroundings. It seems a lot of the people here are used to being summoned to court. They talk shit quietly. Alternatively, they confide in the lawyer or officer of the law who they have come to trust, like the one who brought our “case” to trial, without our bidding, in his attempt to teach accountability to Mr. Thibeau, currently incarcerated for things involving weapons and violence.

I hear the judge go through his list of offenses, resisting arrest, possession of a firearm, etc., and yes, riding the wrong way on a stolen vehicle. What I wonder about him is if he has been the victim of racial profiling. The judge darts a look at me, while explaining to my lawyer that it will be difficult for him to pay for the moped because he is in prison, earning no money.

I wonder if he did steal the bike. Maybe he bought it for $100 bucks from the person who did steal it. Maybe an officer was using necessary force to arrest him for going the wrong way on a one-way street on a vehicle that could very well have been his own. Or maybe he was a violent criminal with a rap sheet six pages long and thank goodness they could pin the moped theft on him. He got one year probation for having our bike. Maybe the court was grateful to have a reason to keep an eye on him.

I ask the lawyer if I can speak directly to Mr. Thibeau. I want to tell him that he has annoyed my life and that if he comes up with the cash, it would be nice to pay us back. But if he can’t, good luck to him and God bless him. And that I hope his life improves. The lawyer looks at me. I see the brain straining, shifting gears, comprehending me. Um, no. I may not speak to him. That’s what he says. I imagine he’s thinking something like omfg church lady.

I’ve been busy lately and focussed myopically on my little life. I am grateful for the opportunity to think about Mr. Thibeau instead, where he came from, what his life might be like, how he may have ended up in court in hand cuffs, and how much he might have to pay for having taken me out of my headspace, chronically fussing over things like blog posts, quarterly taxes, and whether I got enough protein today. I should pay him.